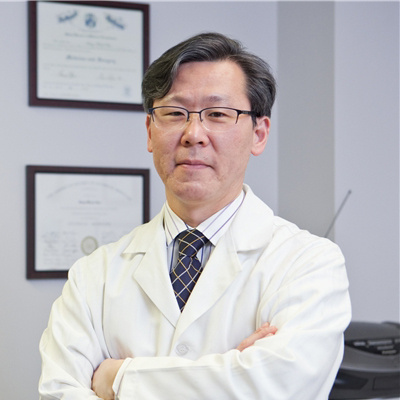 A stroke occurs when there is a reduction in the flow of blood to the brain. The lack of blood supply may be the result of a blockage in an artery or a burst blood vessel in the brain. A stroke deprives brain tissue of oxygen and nutrients, causing brain cells to die. A stroke is a medical emergency and requires immediate attention by a medical professional. Prompt treatment can minimize damage to the brain and prevent further complications.

There are two different categories of strokes, ischemic and hemorrhagic. The more common type of stroke is ischemic, which accounts for approximately 85 percent of all strokes. Common types of ischemic strokes include thrombotic and embolic.

A thrombotic stroke occurs when an artery supplying blood to the brain becomes blocked by a blood clot. Blockage of the artery usually happens gradually.

An embolic stroke, also known as a cerebral embolism, occurs when a blood clot forms in another part of the body, breaks loose and travels through the bloodstream to the brain. The clot lodges in a narrowed brain artery, blocking the passage of blood.

A hemorrhagic stroke is caused by a blood vessel's leaking or bursting in the brain. This has the double effect of cutting off the blood supply to brain cells, and causing blood pressure to build up within the skull. There are two types of hemorrhagic strokes.

An intracerebral hemorrhage, also known as a cerebral hemorrhage, occurs when a blood vessel in the brain ruptures and bleeds into the surrounding brain tissue. Brain cells beyond the rupture are deprived of blood and unable to receive the necessary oxygen and nutrients to stay alive.

A stroke is a medical emergency. Prompt treatment is extremely important and the sooner it is given, the more likely it is that damage can be minimized.

The most common risk factors for stroke include high blood pressure, high cholesterol, smoking and diabetes. Additional risk factors include:

People who are over the age of 55 and people of African-American descent also have a higher risk of stroke. Using illicit drugs such as cocaine or amphetamines also increases the risk of stroke.

Signs and Symptoms of Stroke

There are five major symptoms of a stroke:

Headache may be accompanied by a stiff neck, facial pain, pain between the eyes and/or vomiting.

Stroke treatment varies depending on the type of stroke that occurred.

To treat an ischemic stroke, blood flow to the brain needs to be restored quickly. Emergency treatment with medication improves the chance of survival and lowers the chance of complications. Drugs to break up the blood clot(s) need to be started quickly (no more than 5 hours after the stroke). Aspirin, and an injection of a clot-busting drug called a tissue plasminogen activator (t-PA), are usually the course of treatment for an ischemic stroke. t-PA can be given to patients only within a certain period of time following the stroke, and only in situations in which it will not worsen bleeding in the brain. Some ischemic strokes may require surgery to remove the blockage.

A combination of blood-vessel surgery and medication to control bleeding may be used to treat a hemorrhagic stroke. The surgery may either be an aneurysm clipping, in which a tiny clamp is placed at the base of the aneurysm to isolate it from the circulation of the artery to which it is attached, or an endovascular embolization, in which a coil is wrapped around the aneurysm, blocking blood flow and causing the aneurysm to clot.

Stroke surgery carries risks, and is usually only recommended for those who have a high risk of spontaneous aneurysm or an arteriovenous malformation (AVM) rupture.

Knowing the risk factors and making lifestyle changes are the best ways to reduce the risk of having a stroke. Following a healthy lifestyle can lower the risk of stroke. Many strokes are preventable, and prevention techniques include:

Because more than 50 percent of strokes are caused by high blood pressure, it is the most important health condition to treat. Patients at high risk for stroke may be prescribed medications known as antihypertensives to control their blood pressure.